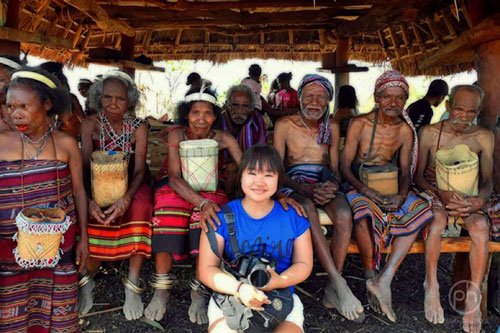 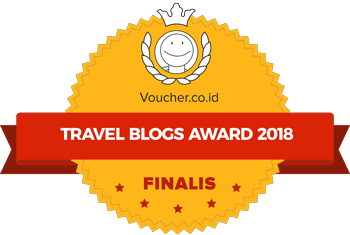 This is a sequel from my previous post Travel with Strangers to Wonderful Bali.

That’s the view from our hotel we stayed, Best Western Premier, at Kuta. Feeling was great. Emily was my roommate and we woke up earlier that morning. We did a little bit exercise before we had our breakfast. The breakfast was served at their rooftop restaurant which personally I like it. 🙂

Schedule for that day was Kintamani day tour and continued with Mount Agung sunrise trekking at around Ubud area which was highlight of our trip. Erh..Mount Agung? Not Mount Batur?

Flash back to the night before…

So, we were actually adviced by our tour guide, Abdul, to climb Mount Batur instead of Mount Agung. The reason was because Mount Agung might be too tough for us who majority were first -timer. After long discussion by the beach…sitting on the bench…with romantic dim light…sound of the waves…the breezes…and look! What we saw from the place where we were sitting, a peanut & corn seller! The corn was sold at IDR10,000. 🙂

Oppss…back to the topic. And..yes..that night, 90% of us agreed to keep going with Mount Agung no matter what…what…what…what…(echo). 😀 So, we all packed up and checked out after had our breakfast. Based on the given 5D4N Bali trip itinerary, our next stops would be silver art central, Celuk Silver, and wood carving art central, Karya Mas Gallery. There are many galleries in Ubud area, but we only visited these two places.

When we reached Celuk Silver, we were given a short introduction on how all the jewellery were made. The staff spoke good English. We were told that only natural colours were used for the jewellery, including the “glue” which used to paste the natural stones on the silver surface was also from fruits and such. All single stone was pasted one by one. And because all are from natural sources without going through any chemical process, so the jewellery won’t look the same as what we normally found in the stores.

From Celuk Silver, we continued our journey to Karya Mas Gallery where we could find a wide range of woodcraft products, from a small item to huge ones. As far as I could see, the products were finely carved using good quality wood and polished well. The prices might not cheap but I believe people who know how to appreciate handmade stuff and doesn’t mind to spend more, they would get one the least. Not only local tourist will come here but also overseas as Karya Mas Gallery provides shipping for local and international customers, too.

We may try to bargain for the prices. But I hardly to do it because I just don’t know how to bargain – slash..slash..the prices like other people do. So, it’s always advisable not to go shopping with me 🙂

Tracy Chonghttps://about.me/chongtracy
I love nature and I wish to swim with whales one day. If I am not exploring and working in front of my laptop, most likely I will spend the day trying out new recipes or spending time with family or friends.
Previous articleDesamuda Village in Seminyak Bali
Next articleBurger Up – Burger Restaurant at Nashville, Tennessee

8 Must Eat Local Foods When You Visit Pekanbaru

Pekanbaru is a paradise for food lovers. Be it in the evening time or early morning, once you hit the road, you...
Read more
5 Cents

I certainly heard of Pekanbaru before, pretty often. My guess that time, Pekanbaru is a quite small city with not many happenings....
Read more
Asia